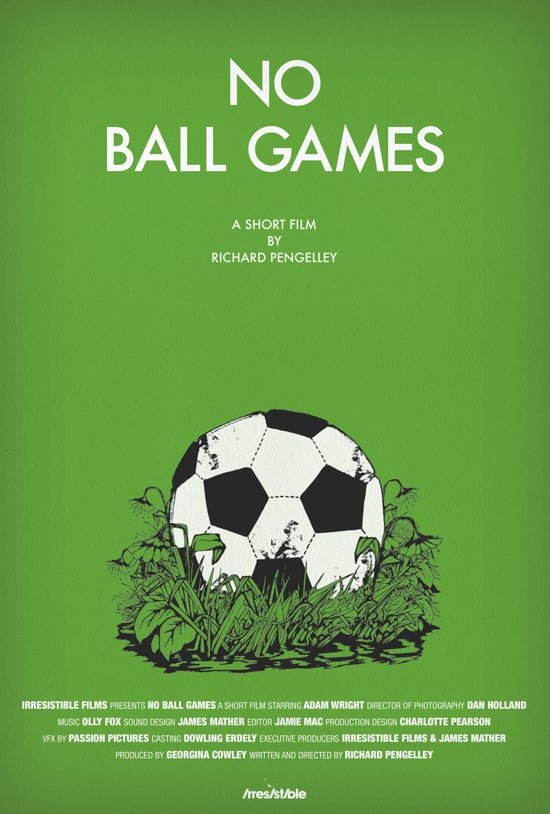 No Ball Games is a 7-minute short film that might turn off a typical soccer movie fan. I found humor in it but my hubby did not.
Director Richard Pengelley’s CV describes his most recent TV series work as a “satirical, twisted and darkly funny celebration of storytelling”. No Ball Games reflects such a sense of humor, entrancing the viewer with a boy whose ball goes over a wall into a secret garden. Clearly this short is so well done that it attracted a lot of attention and perhaps generated additional opportunities. Of this film’s 7 minutes, about 2 are dedicated to credits.
What I liked most about the film is that it lead me to explore Pengelley’s other work, which you can watch on Vimeo. I particularly enjoyed the two examples below of “advert hijacking”, where he takes an existing commercial and adds a parody at the end.
Both of the original commercials stirred controversy in the UK. The Lynx product ads were labelled sexist and offensive, and even lead to a boy’s death from spraying too much deodorant in an enclosed space. On the other hand, use of monkeys in the Costa coffee ad triggered protests from animal rights activists.
Isn’t it amazing what a 7-minute video can lead you to discover about the world?
Has no dialogue, but signage is in English
SoccerMovieMom Rating = 6
Resources:
Released: 2012- 03(France)
IMDB: http://www.imdb.com/title/tt2308847
Director: Richard Pengelley
Stars: Adam Thomas Wright
Trailer: https://vimeo.com/106722446
Watch the complete film on Amazon Prime or Vimeo for $1-$3