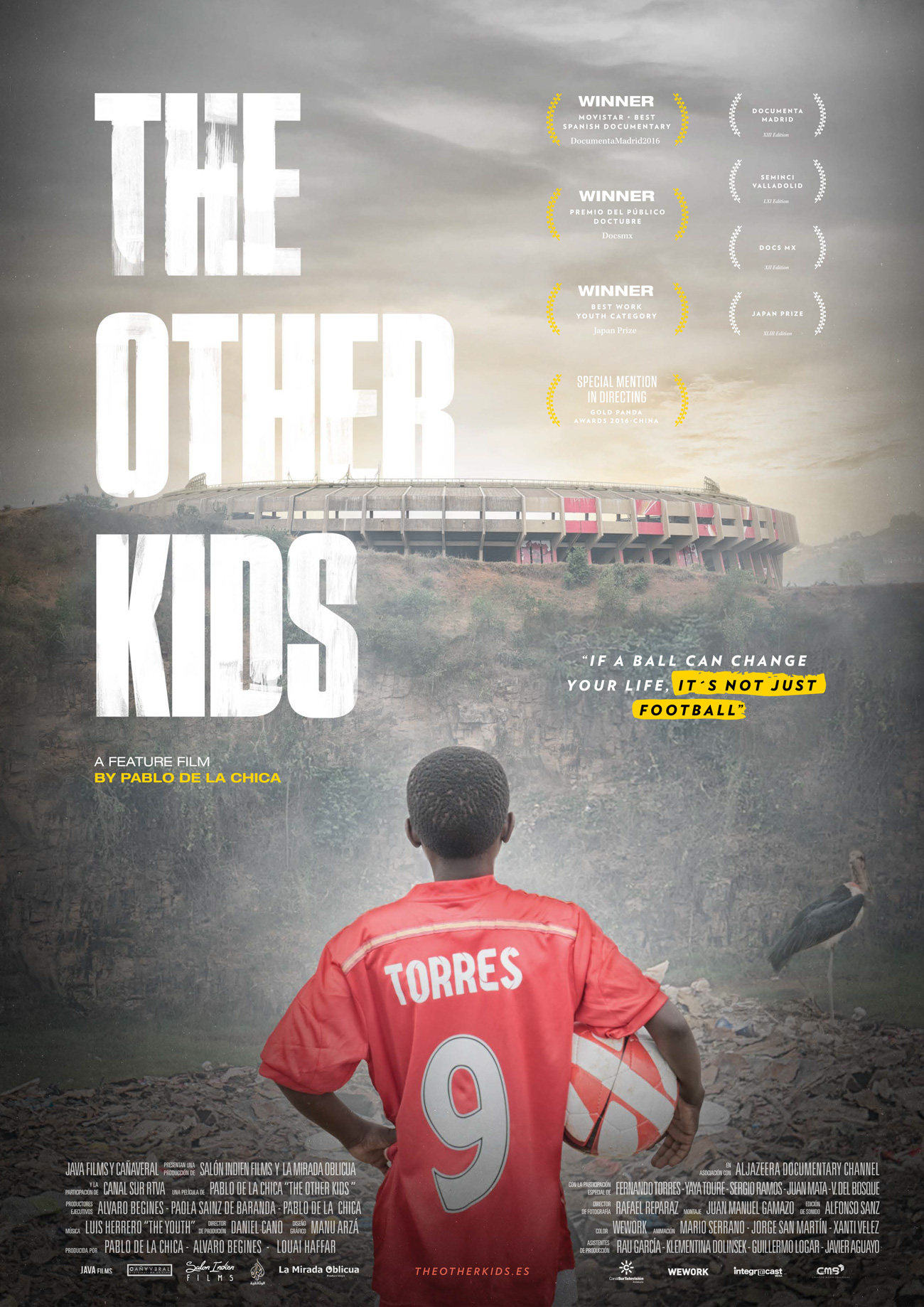 First-time Director Pablo de la Chica initially set out to make a documentary about the young Ugandan players who had a chance to visit FC Barcelona in 2007. While investigating, de la Chica found Mubiru Reagan playing soccer in a garbage dump near the Mandela National Stadium. The landfill is heavy with the toxic smell of burned plastic, but Reagan plays joyously while wearing a Fernando Torres jersey. Reagan is only 5 years old, but his skill, confidence, and positivity make him the leading goalscorer.

The filmmakers changed direction and instead recorded the lives of Reagan and the other Pro Way Academy players. Like a band of lost boys in a Dickens novel, Coach Anthony has taken kids off the street and turned them into a team. He struggles to house and feed them, while coaching them to play for schools that provide them education in exchange for representation. Reagan is the most likely to get his own scholarship.

You’re talking to a kid who is five years old and looks like he’s 17. …they smile at you in shit and say, “I’m fine, let’s play football”.

The truth is, Reagan represents thousands of kids the director has seen in Africa. de la Chica decided to show how football can be a light in the darkness of pervasive poverty and violent conflict, and how football can be a path to education and a better life. A product of the Real Madrid academy himself, de la Chica cites the importance of play. He believes that football is a medicine for kids. Playing allows a child to remain so.

I was initially reluctant to write this review. I questioned how the director could film children playing soccer while they suffer from hunger. At first, the film felt like an exploitative marketing vehicle for Fernando Torres, whose nickname is “The Kid”. But my research helped me understand the filmmaker’s context, and my attitude turned about completely. Adding football star interviewees like Torres into his film no doubt increased its visibility and financial viability.

The Other Kids is perhaps the most honest soccer movie about African football academies and scholarships. It is a film worth watching to see the other side of soccer. Other football films related to academies as a way out of Africa include: I Play Soccer and The Beautiful Game.

As a prelude to this film, de la Chica also made a short about another Ugandan player, entitled El Mundo de Mao.

Note: The Kampala Kids League (KKL or TKL) was an organization, founded by Trevor Dudley, that took players out of war-torn Uganda to play in Europe. It is referenced in the film, but it appears to be on a bit of a hiatus. Its websites and facebook pages are no longer updated. Thank you to journalist Lizabeth Paulat for helping to get me an update.

In Spanish and English, with English sub-titles