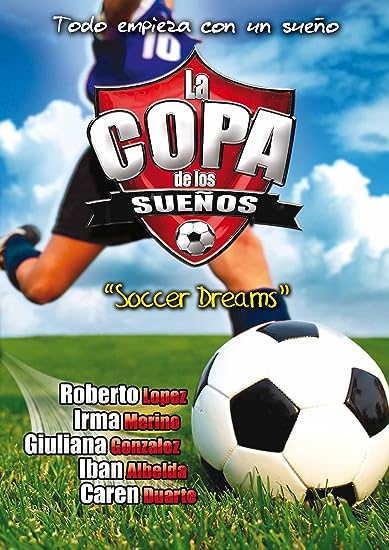 La Copa de los Sueños, or The Cup of Dreams, or Soccer Dreams is a low-budget soccer film. Shot in Tijuana, the orphans in a children’s home enter a tournament in order to win enough money to pay for the house mom’s brain tumor surgery. The screenplay is incredibly banal, the acting is terrible, and the soccer is not worth watching until the tournament at the end. This tournament takes place at “Planet Gol”, an outdoor soccer arena that is similar to the indoor arena at Off the Wall Soccer in Santa Clara, CA–a hockey rink converted to soccer. I couldn’t find the movie in IMDB, but it is on Amazon Prime, and there is a trailer on youtube The DVD does not have any extras. In Spanish with English subtitles. SoccerMovieMom Rating = 3