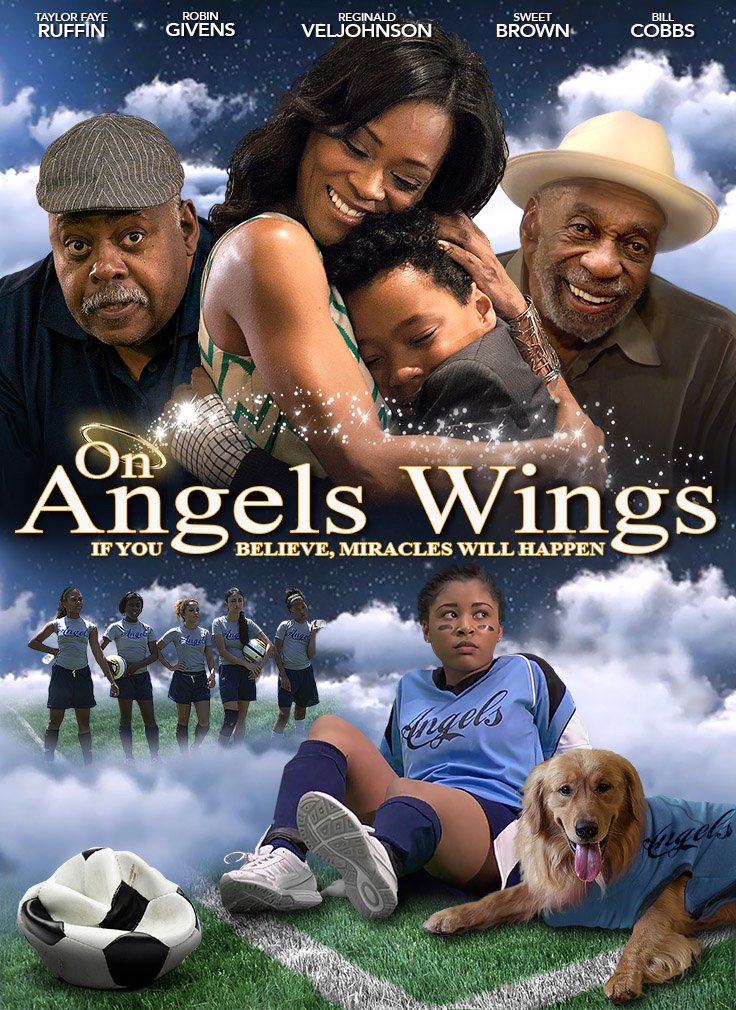 On Angel’s Wings is a faith-based family film meant to provide positive African-American role models on the UPTV network. Unfortunately, Writer-Director Aaron Williams stitches together so many model caricatures, he omits telling a story that makes sense.

MacKenzie is a magnet school girl with no friends, no skills, and no character. She fails miserably when coach Reginald VelJohnson subs her into an important indoor soccer game. To add to her problems, her younger brother Josh is in the third grade but can’t read because of a learning disability. Separately, they encounter angels. Mackenzie’s angel gives her soccer skills, while Josh’s angel eats his lunch.

The soccer is pretty badly executed, and surprisingly, there is quite a bit of it. The indoor soccer is played at the Premier Soccer Center in Boca Raton, which looks like a nice facility.

This is the second UPTV movie I’ve reviewed (see My Dad’s a Soccer Mom), and I’m perplexed in how these films promote positive Afro-American role models. Both have morbidly obese men as soccer coaches. Both films emphasize hot moms with no real occupation. The girls are never encouraged to become athletes. Money is never a problem.

Another issue I have with this movie is its misinformation about dyslexia, implying that dyslexia can be fixed by either eyeglasses or a miracle.

The only uplifting part of the movie is the message that miracles can come from other people, and can be as small as giving someone a sandwich. Strive to be someone else’s miracle, exhorts the pastor, between interludes by the gospel-singing Wardlaw Brothers. Other than that scene and watching VelJohnson act, this movie pablum is not worth your secular time.