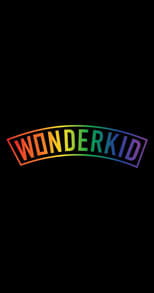 For a guy taking his first steps in creating a film, Director Rhys Chapman made all the right moves. He strategically took Wonderkid from awareness campaign, to fund raising, through a 5-day shoot, and then to fruition. All along, his mission was to educate viewers by portraying homophobia and the need to counter it by Being Yourself at the highest levels of British football.

In this short film, Chapman wants the viewer to understand what a closeted player goes through. I don’t profess to know the history of LGBT roles in TV and films, but in soccer feature films, the characters are either comically stereotyped (Guys and Balls and Sassy Player), outrageously in your face (Kickoff), or doomed (Land of Storms). In Wonderkid, the player is a real person you can feel. He alternates between sensitivity, acting out, melting down, and potentially becoming “England’s Savior”.

On the critical side, being American, I had a lot of trouble understanding the accents, and subtitles weren’t available. Sometimes the story is a bit melodramatic. And I didn’t really understand the relationship between the player and his agent until I read some backstory in a Chapman interview. The football is okay, mostly practice pitch.

The development of the film was fun to research; Chapman was very open about the process he went through. I summarize it as follows, and if it needs correction, perhaps Chapman will let me know:
1. Play for Soho FC and work with Galop to ensure LGBT authenticity of film
2. Get Kevin Spacey Foundation funding to create a kickerstarter vid
3. Hang out with Arsenal’s Gay Gooners, meet Ian McKellan at London Pride festival
4. Ian McKellan does voiceover narration for the kickstarter video
5. Run Kickstarter campaign to raise funds but mainly to create awareness about homophobia in football and the upcoming movie
6. Shoot for 5 days at great locations: W Hotel, Wembley, and Tottenham
7. Get more sponsors and generate more awareness
8. Release film online and get 2 million viewers

And this is just a reminder to everyone that a film is just a tool. To effect change, you need to share the tool with everyone, and at stadiums, you need to stop homophobia and racism in its tracks.